Unforunately I didn't have time to finish it during the jam week, but I like the idea so I'm definitely going to finish it at some point.

The main idea was to make some kind of RTS since I'm really not fond of them.

The aim of the game is to knock out the opponents towers by overpowering their lazer grid. You connect your players towers to power cells that can be found on the asteroids and move along by creating new towers on asteroids that can reach other power sources, and so on... Once you think you have enough power routed through your network you attack the opponent by connect to their tower.

You can see towers being generated in the video, they have a purple text displaying how much of the tower has been built. The green text states the current energy throughput at that tower and if the text is red it's notifying you that you are being attacked and losing the battle.

Here's couple of screenshots from the games development so far: 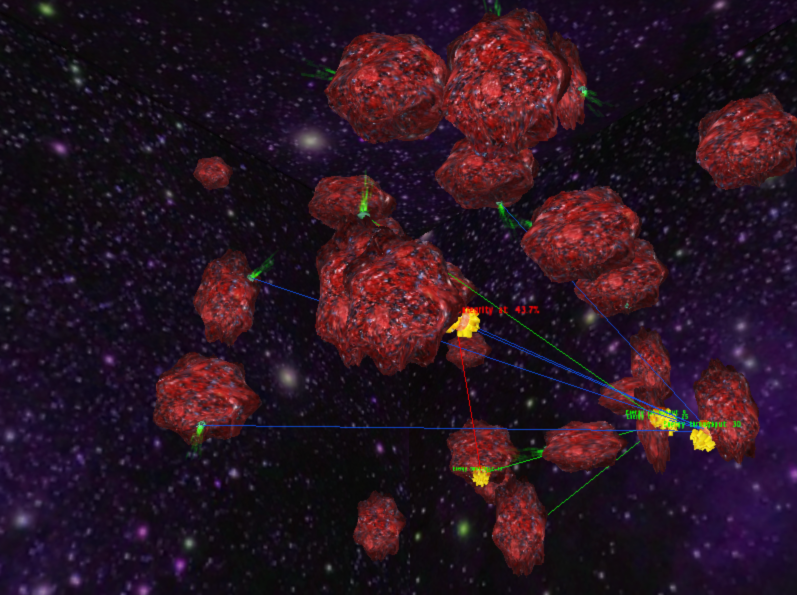 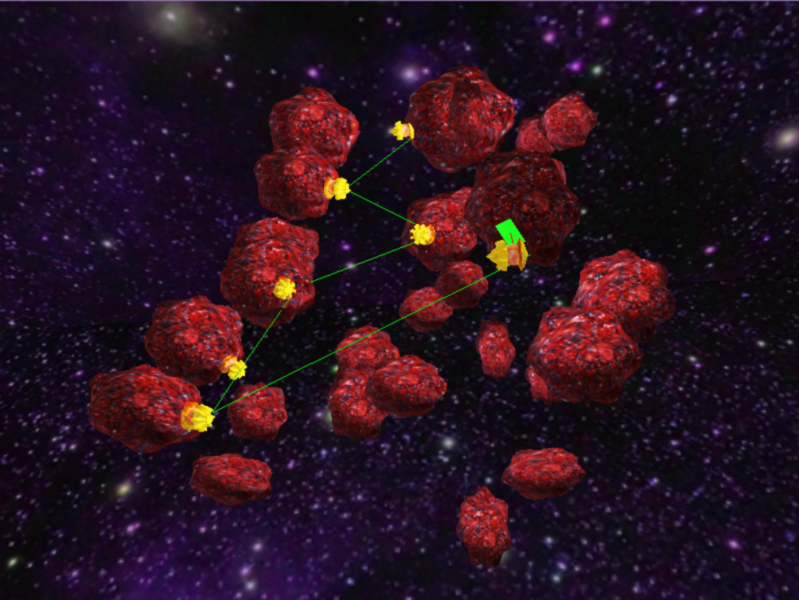 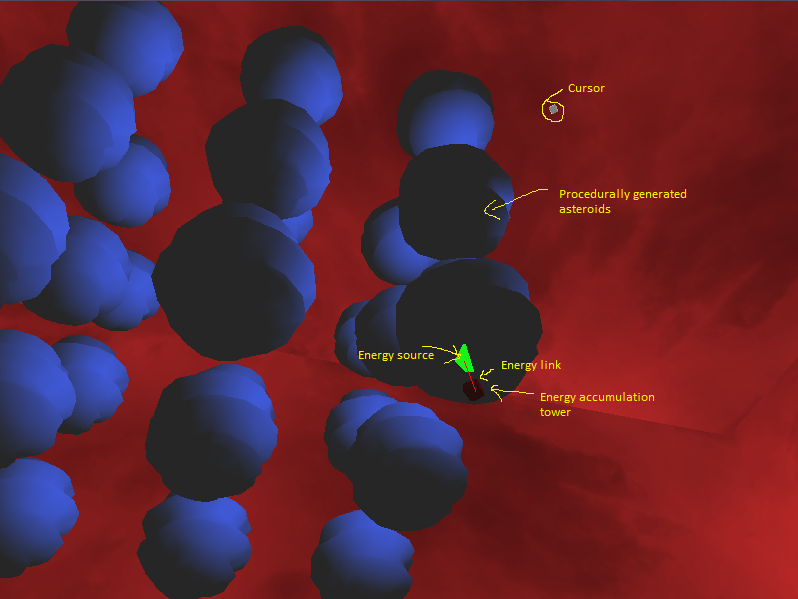